What an epic adventure from start to finish!

The support I have had throughout this whole process from start to finish in attempting a race of this distance in aid of the Bowel Cancer West charity has been amazing.

I will confess I did not think I had done enough long, long training for it but evidently the body was strong and I have no adverse effects physically bar a few blisters.  The toughest part by far was the fueling and the mental challenge.

My three daughters who joined me for the weekend and helped with the tent and the moral support were truly brilliant.

The weather was not kind for the event and the bike in particular was miserable conditions with very strong winds and lashings of rain for hours on end.

The swim started with a mass start in the lake out into a blustery wind for 4 loops.  Evidently some strong swimmers and most competitors were doing relay so I soon got left behind. I came out 3rd from last in 2 hrs 25 mins for the 5K which was 25mins over my target time.  It took a lot more out of me than I expected. 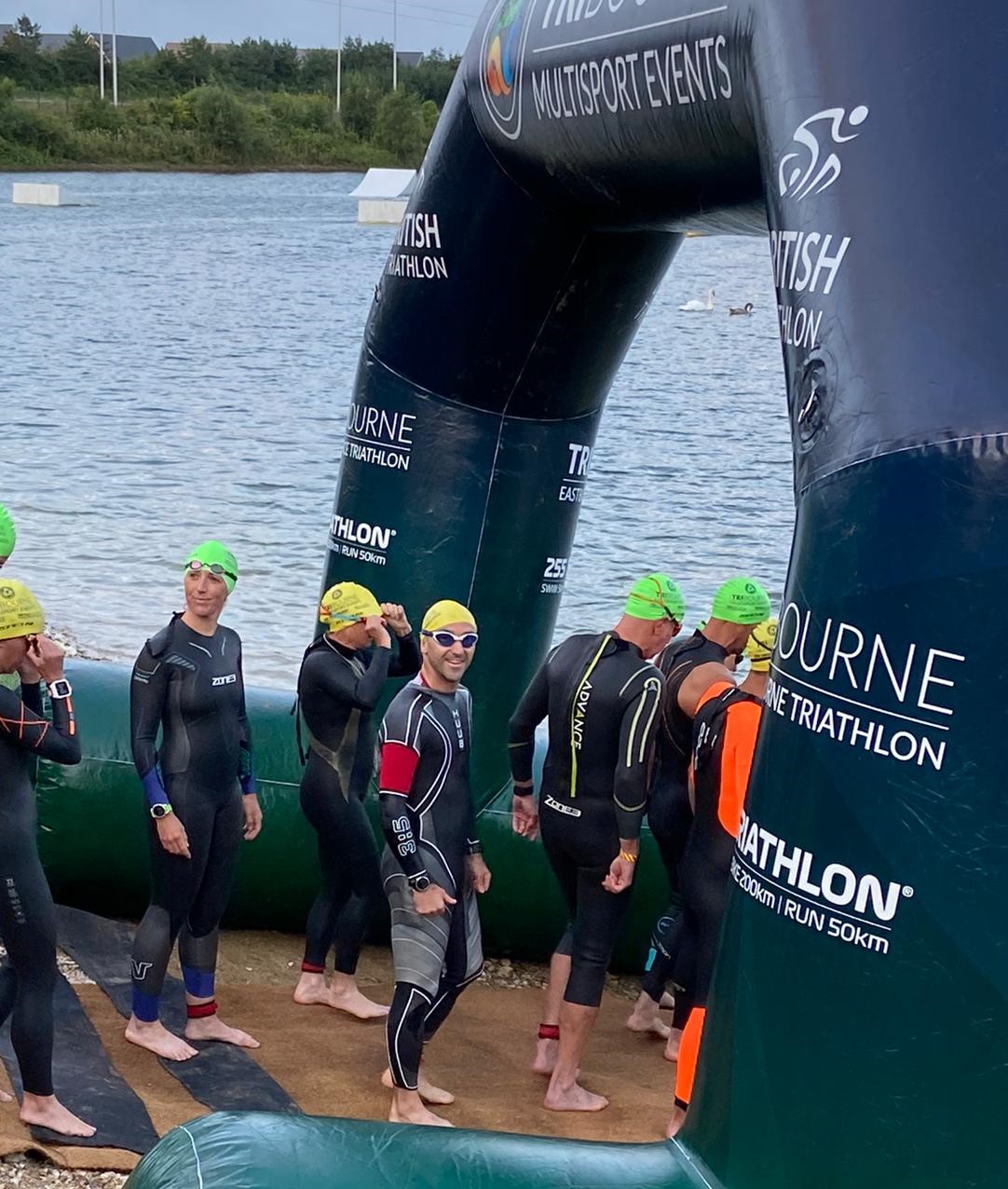 T1 was a brisk affair as I practice this more than others possibly and I always have the shoes on the bike ready, I always have time to make up after the swim so this is where I find some of it.

I head up the road to Goodwood Motor Circuit to try and catch everybody up.  By this time the heavens had opened and the rain was throwing it down.  It stayed that way for hours.  I was shivering from the swim but I soon warmed up.

Now it was time to start counting laps! Thankfully my girls said they would keep a tally and they were able to wave the number at  me each time I passed them.  With the high winds on the open track this made the ride pretty hard at times fighting into the wind and getting pushed off course especially on one corner in particular.  There were a few nasty spills during the race.  On the other hand there was a nice stretch on the course where you could sit up tall and make yourself big like a sail and use the free push in the back for less effort to gain speed.  I was surprised more people did not do this.  This tactic gained me several places throughout the ride. 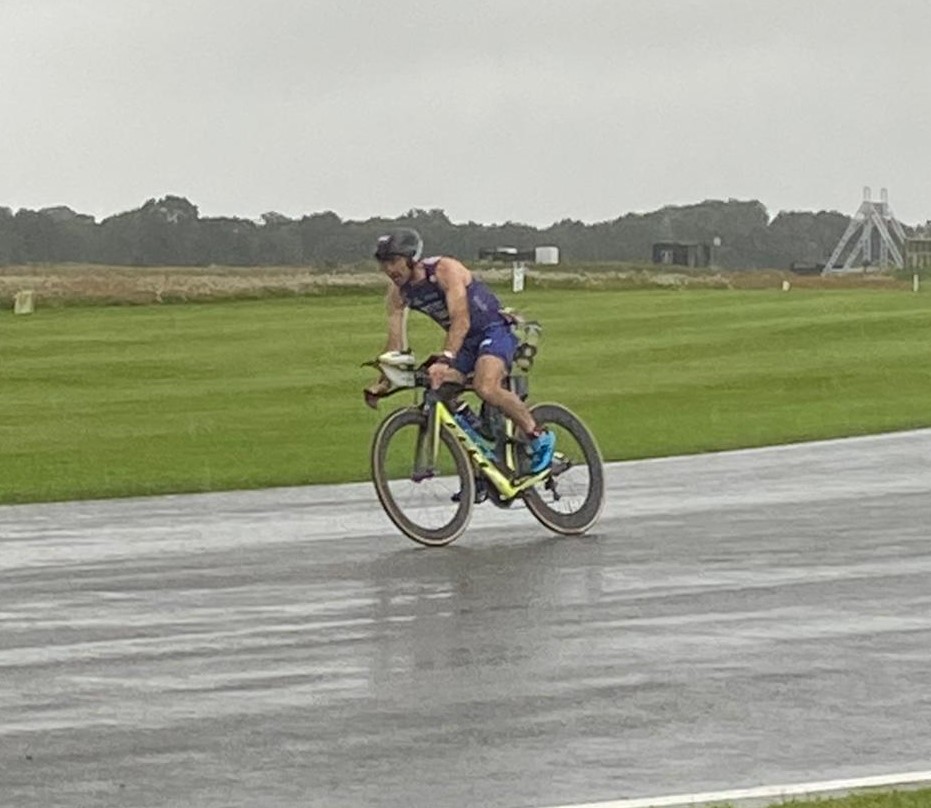 Eventually the ride came to an end and I had managed to go the whole ride without stopping and had used all my food and liquid hydration.  I did however have  trouble brewing.

T2 was another quick affair as I do not run in socks usually and while I did pack some in my transition box, these were soaking wet and decided to risk it without. So, throw the trainers on and go for a little run!!

Lap 1 of 10  was ok, just getting the legs to move after the long ride and all was well, keep the heart rate nice and easy to start with.  Lap 2 of 10, the belly was not happy and I was caught with needing to fuel but just not knowing what to have.  I always carry liquid with some form of hydration tab included and I had gels but these were making the problem worse.  I began to rapidly slow down and it was evident this was going to be a very long run indeed.  By the time I reached lap 5 things were dark by lap 7 I just wanted to stop.  I was trying to tell myself to stop feeling sorry for myself and just go.  I was pleading with my body to work with me and it would be over quicker.  Nothing worked. 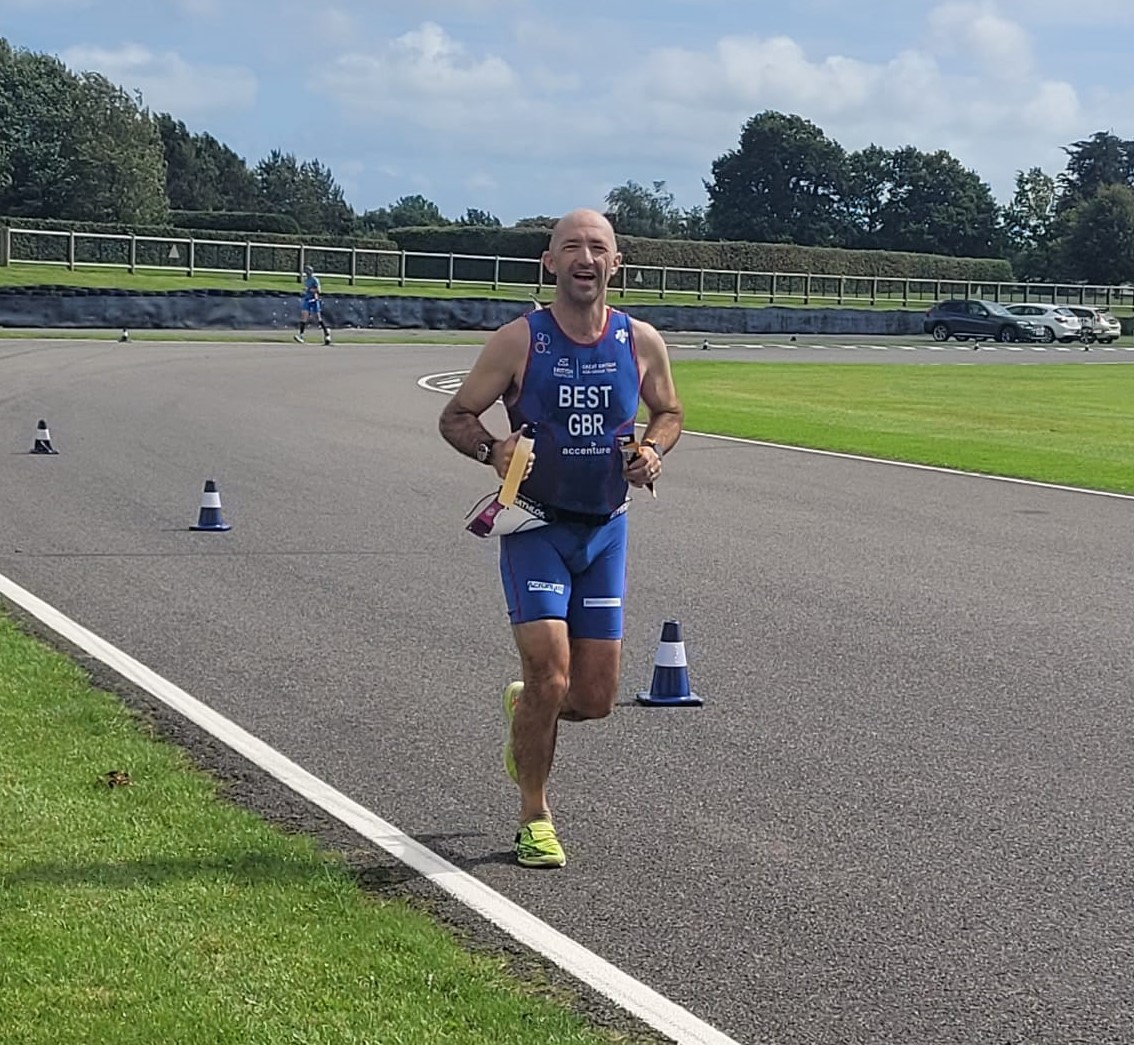 I stopped taking any form of gel etc. a long while back and just had water from about lap 5 onward. On laps 5,6 & 7 I was forced to use the facilities. 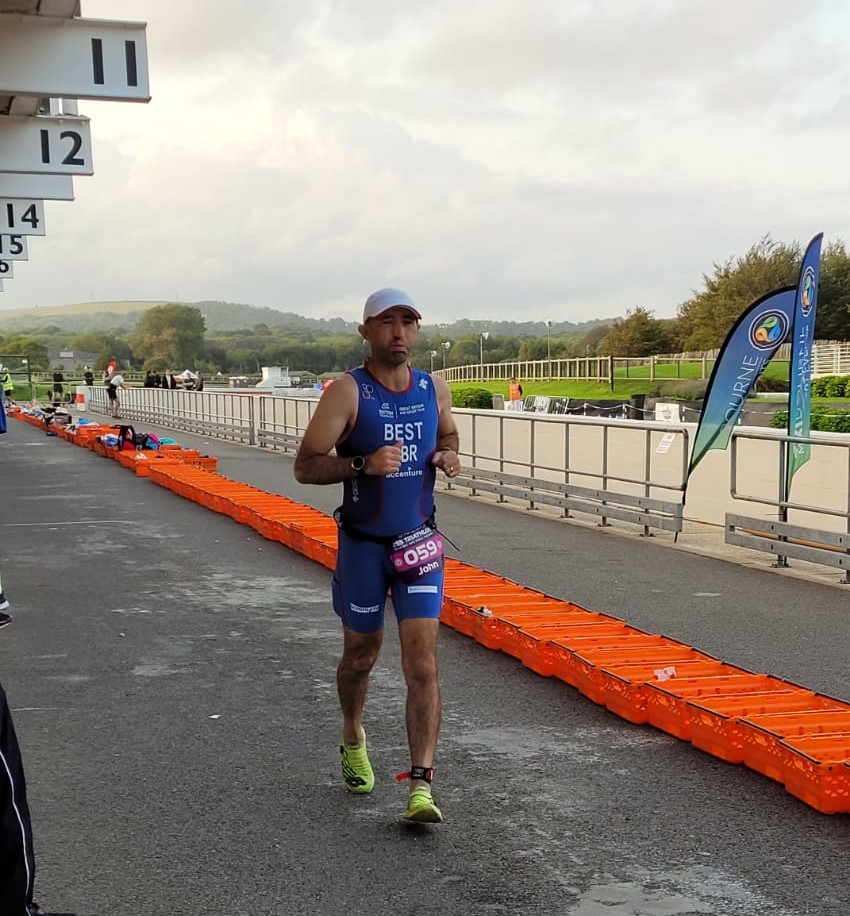 With the water helping to clear out the gels, one of my daughters said to have some salty crisps.  I had not seen any at the aid stations but she was certain they had some. At the end of lap 8 I found them and rammed the bag in.  It was amazing, it worked straight away, I re-found some energy and could actually run. Laps 9 & 10 were both enjoyable and fast.  I was frustrated that I had not found the crisps earlier but very happy indeed that I could enjoy the end of the race and not be a blubbering mess. 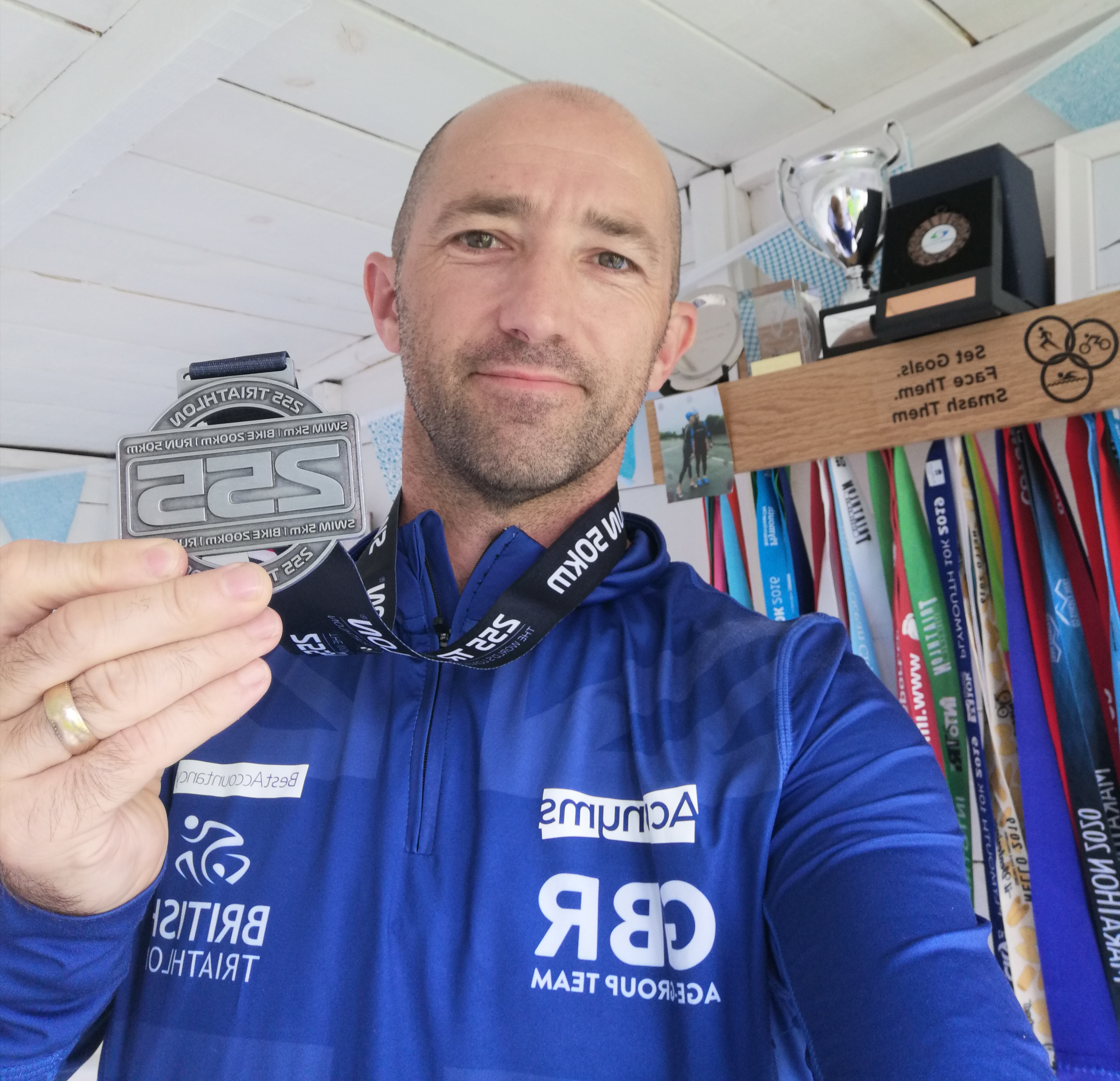 I can’t wait to see the official finish photo as I know I was smiling and with what went on earlier in the day, that did not seem possible.

This is what I love about these endurance events, you learn all the time no  matter how much you train and prepare. There is always room for improvement and you have to work things out and find a way to get to that finish line.

A final thank you to all who sponsored and donated to the charity and wished me well.  The tally reached last time I checked was a brilliant total of £1380 which is fantastic for the charity. https://www.justgiving.com/fundraising/john-best15