Without exception, every business will have to pay employees aged 25 and over the national living wage (NLW). When does this payment rate come into force and how will it operate?

Although the national living wage (NLW) has been on the cards for some time, the government only published the proposed National Minimum Wage (Amendment) Regulations 2016 – the legislation that will bring the NLW into force – in December 2015. These Regulations deal with some previously unconfirmed information about how the NLW is going to operate. Firstly, we now have a confirmed implementation date for the NLW which is 1 April 2016 – all the government had said previously was that it would come into force “in April 2016” .

So from that date, without any exceptions, all of your employees who are aged 25 and over will
be entitled to receive at least the NLW rate from you. Although it has initially been set at £7.20 p.h., the government’s intention is that the NLW will have risen to at least £9.00 p.h. by 2020.

For those employees who qualify for it, the NLW hourly rate increase must be applied from the firstday of the pay reference period which begins on, or after, 1 April 2016. 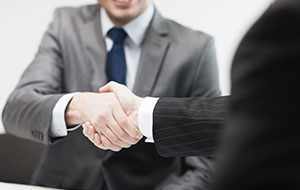 Until now, one matter which had been unclear was whether or not the NLW would be subject to any special rules on payments. Thankfully, the Regulations have confirmed that it will operate in exactly the same way as the national minimum wage (NMW). That means the NLW is effectively a new fifth NMW rate – it just has a different name.

Therefore, where deductions are made from an employee’s salary, you must ensure that these don’t unlawfully take them below the NLW threshold. One area that often catches employers out is uniform, PPE and other clothing that an employee is expected to pay for or contribute towards. For example, in October 2015 the clothing retailer Monsoon was found to have breached NMW rules. This was because it made staff wear its clothes (which they had to pay for in full) whilst working. When the cost was deducted from their salary payments, it resulted in nearly 1,500 employees not receiving the NMW.

This doesn’t mean you can’t ask staff to pay for their own uniform, PPE and clothing and deduct the cost from salary payments. However, where you do, those deductions must not take them below the NLW or NMW thresholds.

You can check that you’re properly complying with payment of the NLW and the NMW by following the advice contained in the Department for Business, Innovation and Skills (BIS) “Calculating the minimum wage” guidance document (see The next step ).

If you have employees who will be entitled to receive the NLW, write to them at the earliest opportunity confirming that their hourly rate of pay will be rising to £7.20. That way, you’ll avoid unnecessary queries about payment of the NLW.

The National Minimum Wage Regulations 2016 have now been published. They confirm that the NLW will come into force on 1 April 2016 and it will work in exactly the same way as the NMW, i.e. other than being a higher rate of £7.20 p.h., no special rules apply.