HMRC is working out 2016/17 tax codes ready for issue in early 2016. Changes to dividend and other investment income tax rates, plus a new system for taxing benefits might mean radical changes to your code. What’s the full story? 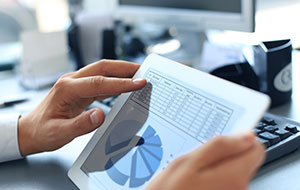 The amount of tax you pay on your salary etc. depends on your code number, although if you under or over pay it will be corrected when you complete your self-assessment return or HMRC makes its annual review of your tax position. Nevertheless, getting the right code is important if you want to avoid paying too much and have to wait for a refund, or too little and have to pay an unexpected tax bill.

If, in addition to your salary, you take income from your company as dividends, you might have to pay more tax on these starting from April 2016. Broadly, additional tax (compared to 2015/16 and earlier years) will be payable if you draw more than £5,000 of dividends per year. If that seems likely HMRC may estimate and collect the extra tax by reducing your code number. This will show on your notice of coding as a “taxed income adjustment” or a similar phrase.

You don’t have to accept an adjustment to your code number for tax on dividend income. Doing so means you start paying the tax 20 months too soon. Strictly it’s not due until 31 January following the end of the tax year. HMRC must remove an adjustment for dividend tax if you ask it to.

Also from April 2016 a personal savings allowance (PSA) will apply to bank interest and similar savings income. The allowance, which is £1,000 if you pay only basic rate tax and £500 if you pay tax at the higher rate (zero if you pay additional rate tax), means most people will no longer be liable to tax on bank interest etc. Therefore, if your tax code currently includes an adjustment to collect tax on bank etc. interest, HMRC should remove it for 2016/17. If it doesn’t then you should ask it to.

Removing perks from your tax code

Another major change to the tax rules for 2016/17 is the new method of collecting tax on benefits in kind, e.g. a company car. From April 2016 your company can choose to deduct tax on perks through its payroll, subject to a few exceptions. Where it opts for this method it means HMRC must remove adjustments for the perks concerned from your tax code.

Is the new system a good idea?

We think that the so-called payrolling of benefits is good news for anyone who currently pays tax on perks through their code number. This is because HMRC often estimates the adjustment incorrectly, meaning you over or under pay tax. Where benefits are payrolled your company works out how much is taxable and so no estimates are involved. Therefore, you should pay the correct amount of tax.

If your company wants to use the new system for 2016/17 it must register with HMRC before 6 April 2016. The sooner it does so the better so that HMRC has time to remove adjustments for perks from your tax code.